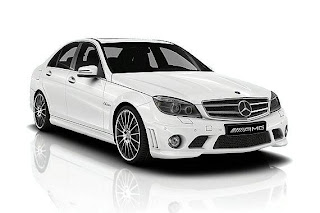 Do you know exactly what your Mercedes Benz warranty covers? Do you know the procedure for finding a problem with your vehicle? While you may not want to read the entire owner's manual, there is a lot of important information that needs to be considered. Today, the manufacturer covers all vehicles with a 50,000-mile/ 4-year warranty. During this time, if something goes wrong that is determined to be a defect in the materials or the workmanship, the manufacturer will cover the cost of the repairs.

One of the stipulations of your Mercedes Benz warranty is that you keep up with all of the vehicle's maintenance. Regular oil changes, tire rotations, and brake inspections need to be handled. The best way to ensure that your warranty remains intact is to have all of these services performed at an authorized dealer. They will keep track of all the appointments. When something does go wrong, they can look through the system and see that you have taken care of you responsibilities as an owner.
Read more »
Email ThisBlogThis!Share to TwitterShare to FacebookShare to Pinterest
Labels: Mercedes benz 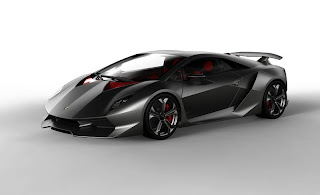 Growing up, I didn't hang posters of the Backstreet Boys, Leonardo DiCaprio or 2pac. My room was adorned with four posters that I still remember vividly. The Lamborghini Countach, Ferrari Testarossa, Nissan Skyline R34 and the McLaren F1, you know, the orange one with the wooded backdrop that we are probably all too familiar with. It's been many years since I've truly fantasized about owning one of those rare exotics, even though by today's standards they would be considered fairly "cheap" relative to their original MSRPs. So what would I hang on my wall right now? It wouldn't be the Bugatti Veyron - that would be almost too predictable, nor would it be the Mercedes-Benz SLS - that would be too clich. The Nissan GTR would be a good option but then that would be too practical. What car could I hang up today that I know would be cutthroat, nosebleedingly awesome like the cars of my youth? I haven't been able to find a car for years, until now: The Lamborghini Sesto Elemento.

The Lamborghini Sesto Elemento was originally revealed as only a technological showcase concept at the 2010 Paris Motor Show. Apparently some extremely wealthy people who are bored of their Enzos and McLarens pushed on Lamborghini to put the Sesto Elemento into production. The buzz generated was so great that Google Trends, a Google product that tracks search trends, had a 60x spike in Lamborghini Sesto Elemento searches in September of 2010, right after the initial presentation at the Paris Motor Show.
Read more »
Email ThisBlogThis!Share to TwitterShare to FacebookShare to Pinterest
Labels: Lamborghini 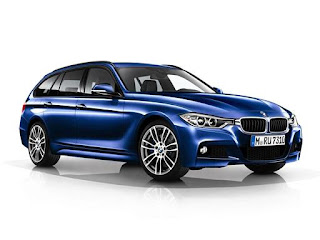 BMW 3 Touring is a great saloon car with sharp handling, detailed steering and a range of powerful engines. Some critics say that you can get bigger estate cars for the price of BMW 3 Touring. However, BMW provides sufficient features in BMW3 to attract a good population of car lovers.

The starting price of BMW 3 series Touring is $35,795 which is slightly higher when compared to the rival cars of the same category.

The 318i is the slowest of all BMW 3 Series Touring cars with four cylinders. However, the engine of the slowest BMW 3 Touring has no apparent faults. Other four cylinder models include 320i, 318d and the 320d. All of them provide fast and gutsy experience. The six cylinder 325i gives the best speed performance and there is nothing to complain about in these cars.
Read more »
Email ThisBlogThis!Share to TwitterShare to FacebookShare to Pinterest
Labels: BMW

Used auto dealers are awesome when it comes to selling used cars. They are the professionals that truly know how to sell a used car. Because used cars are their business, you may want to have them sell your car for you. After all they do this everyday for a living.

If you are in need of selling your used car, there are consignment programs offered through some dealerships they may be able to help you. These guys know their stuff and can save you a lot of your precious time as well as get big bucks for your car.

Consignment programs for cars work similar to antique consignments. The dealership will take your car and sell it for you for a minimal fee. And trust me; it will be well worth the money!
Read more »
Email ThisBlogThis!Share to TwitterShare to FacebookShare to Pinterest
Labels: Used Car Dealers

Few things in life are comparable to driving a luxury vehicle considered at the top of its class. We often hear the saying "Money Can't Buy Happiness". Perhaps it can't buy you happiness per se, but it sure can get you in the cockpit of a V12 engine car with an interior lush enough for the Queen of England herself! Here is a list of the top luxury car brands in the automotive market.

Mercedes Benz- This is the first brand that pops into most people's minds when they hear the term "luxury car". Many studies have shown that this is the brand that most consumers equate with prestige and quality. For 2011, Benz has given its E-class trim a makeover with new sleek angular headlights and a more contemporary and sleek look. It is rather interesting to observe that many older C-class models are being utilized as taxi cabs in many European countries. This is testament to the durability of Mercedes engines; some of the engines on the taxi cabs have approached a few hundred thousand miles! Lots of young Hollywood stars opt for Mercedes; pop sensation Britney Spears has been often seen causing mayhem in the streets of L.A in her white Mercedes SL65 while actress Lindsay Lohan has been involved in an infamous car crash in her black SL65. The 2011 SL65 sports a V12 engine and an incredible 604 HP with a hefty MRSP of approximately around $199k. That's a lot of power to outrun the paparazzi with!
Read more »
Email ThisBlogThis!Share to TwitterShare to FacebookShare to Pinterest
Labels: Luxury Car Brands
Newer Posts Home
Subscribe to: Posts (Atom)